WHAT is the problem?

Home   Learn   WHAT is the problem?

-•- DESPITE THE FACT THAT AIDS IS A PREVENTABLE DISEASE, NEARLY 300 PEOPLE CONTRACT HIV EVERY HOUR, AND MILLIONS OF PEOPLE WILL BE INFECTED THIS YEAR -•- 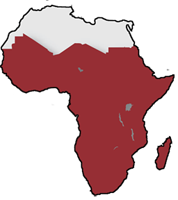 There are more than 34 million people living with AIDS worldwide. Sub-Saharan Africa is home to nearly 70% of those infected. That’s 22.5 million people.

•Kenya is one of the countries hit the hardest by the epidemic with 6.3% of its population suffering from AIDS.
•Only 61% of those people have access to life-saving anti-retroviral medications and only 21% of HIV+ children are receiving treatment.
•In 2009 alone, more than 80,000 Kenyans died from AIDS related illnesses.
•Currently there are 1.2 million orphans in Kenya who have lost their parents to AIDS. (UN AIDS report 2009)

The AIDS epidemic has been hard to combat in Kenya due to an acute lack of education in the general population. HIV/AIDS is a social problem, not just a medical one. Stigmatization of HIV reduces the likelihood that people will talk about prevention, come forward for testing, and get the proper treatment.

People are dying unnecessarily because they are too ashamed to get treatment. Widespread ignorance, misinformation and stigmatization are key causes of the rampant spread of this fatal, but preventable, disease.

Some of the misconceptions about AIDS in Kenya include: 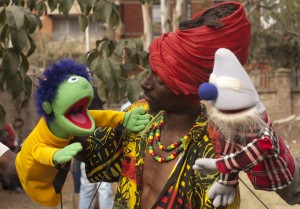 There are twice as many women as there are men who are infected with AIDS. There are many contributing factors to the disproportional rate of infection in women. Rape is a common occurrence for women living in the slums or poor rural communities. There is a rising number of teenage girls who become sexually involved with older men in exchange for money, food, clothing, housing, etc. It is standard that the men demand that they do not use protection.

Groups who are at a particularly high risk of contracting AIDS are commercial sex workers, intravenous drug users, people living in slums or remote rural communities, men who have sex with men, newborn children (caused by mother-to-child transmission at birth), and young women ages 15-24. These populations are being neglected in terms of HIV prevention, testing, treatment and care.

Safe sex, HIV prevention and AIDS treatment are seen as taboo topics. People are not talking about HIV prevention with their spouses, partners, children or students. The silence on HIV/AIDS allows ignorance to persist and millions of lives to be lost. Our goal is to break this silence. 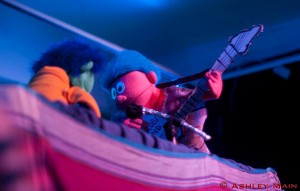 Puppets, because they are not real, can quickly and directly say things in public that people might never say.  Because they are realistic and theatrical, they receive focus and attention from audiences.  Because storytelling uses fiction, people are more likely to adapt the lessons they learn into every day life, rather than a lecturer who simply tells them what to do.

Puppetry is a safe and enjoyable tool for spreading information that might otherwise be considered a taboo topic, or too embarrassing for groups of mixed company to congregate around and listen to.

You are doing a wonderful job. Your training sessions are one of my best in my life. This is unique because you make sure that every trainee participates during the training period. It was so encouraging because one believed she / he can DO IT! I now see and know the need of the puppets! May you expand and move from one place to another; training our brothers and sisters in Kenya.